The Canadian pork industry is made up of 7,020 hog farms with farm cash receipts of over $4 billion. While production takes place in every province, over 75% of Canada’s pig farming takes place in the three provinces of Quebec, Ontario and Manitoba. Quebec is also the largest province for pork processing (34.1% of processing) followed by Ontario (21.5%) and Manitoba (20.2%).

Exports account for well over two-thirds of Canada’s pork production. In 2015, we exported almost 1.2 million tonnes of pork valued at $3.4 billion to almost 100 countries. Canada is currently the 3rd largest pork exporter in the world behind the European Union and the United States. 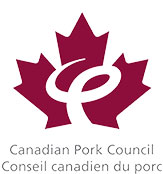